I don’t have much to say about things lately… sorry for the sparse posting… life is just normal at the moment. Not to say there aren’t things on my mind or things I could talk about, but I’d rather take and share photos… little glimpses into life. Until I find the words, here are some pictures to tide you over (with a few words):

There are some people who love these… I am not those people. I rarely throw food away (too much of my Dutch mother in me) but these I threw away.

I think he ate a sucker that turned his tongue black. He loves taking selfies with my phone while we wait for Liam to get out of school.

Winter has been coming on full force lately… with random warm up so make us think it is going away. It’s enough already for me.

We spent a Friday evening at McDonald’s – Liam loved the playplace, Jack did not. Probably because I had to “save” him from the structure by yanking him down from another step when he wouldn’t let go and fall the 1-inch gap to the next step. Yes, I was the parent who had to crawl into the children’s play thing. Thankfully we were the only ones there. 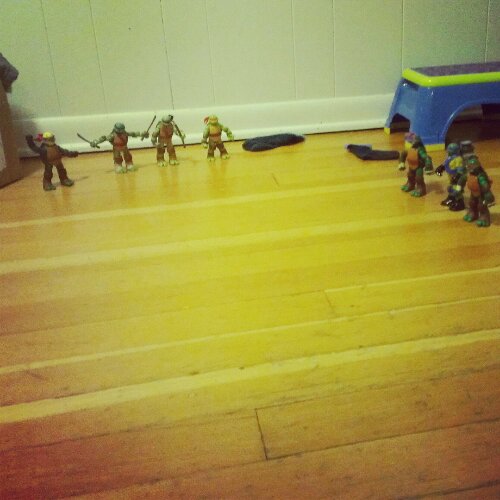 Jack’s latest obsession… Liam loved cars at this age and Jack loves Teenage Mutant Ninja Turtles. Thankfully his birthday was filled with them! 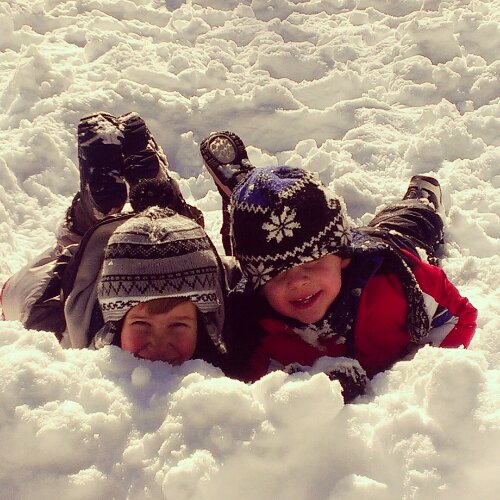 I love that the tiny mound of snow in front of them was their snow fort.

Another selfie… he now likes to sit on my lap for them – it’s a little squishy in the front seat.

I despise this song.

Apparently Costco is also on board with Quaker’s new Müller yogurt – they are selling the peach passion fruit and strawberry mousse varieties and it makes me so happy. One of my favorite flavors of yogurt in Australia is passion fruit, a kind I haven’t found in the states… until now. SO GOOD.

My Valentine’s Day co-worker. Wearing a shirt he has worn for two previous Valentine’s – it was big when we got it but the kid also hasn’t grown too much… I’m trying to decide if this is a problem, he has his 4-year check up next week so we’ll find out. 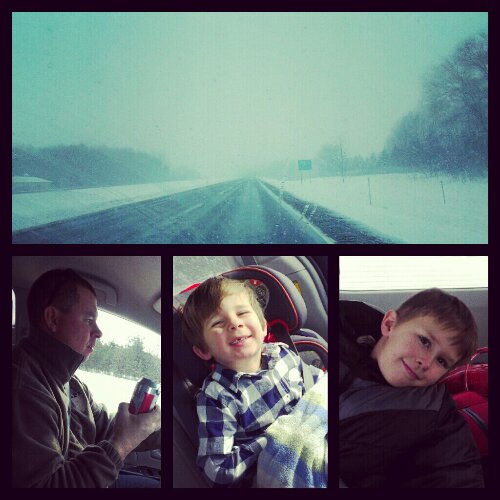 Last weekend we drove to Chicago to visit friends and LEGOLAND Discovery… our road trip did not start out too promising but after 30 minutes of driving, we left the snow behind and had sunshine for the weekend (still very cold temps, but sunshine, none the less).

I just love the look of sheer excitement you can tell is on Jack’s face. Liam is more subdued with his enthusiasm. 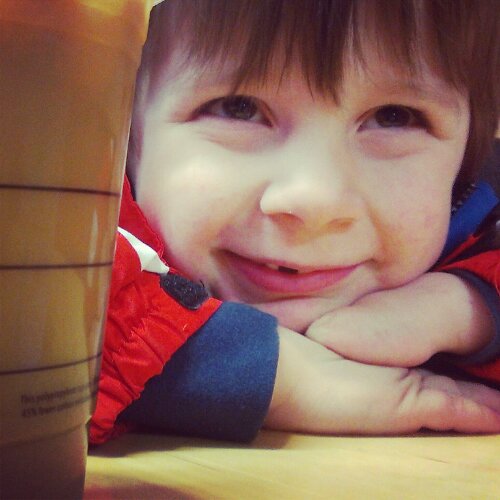 Jack and I got done with our grocery shopping a little bit early yesterday and so we stopped to grab a coffee and a water… and he said, “It’s like we are having a little date.” Love him. 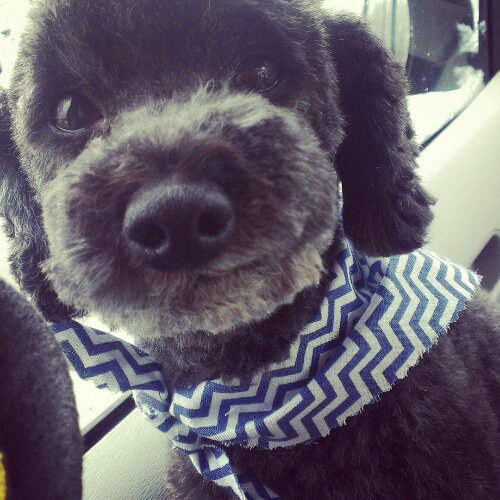 After our date, we picked up a freshly-groomed George and headed to school to pick up Liam… George looked quite handsome in his chevron scarf, my favorite of the scarf options he has come home with.