And once again we are at the end of the week. Phew… are we already at mid-July? Guess I’d better get my soon-to-be five year old’s birthday planned (I at least booked the venue – bowling, FTW!).

It’s been a strange week, one I’m glad to have over. Here are the highlights: 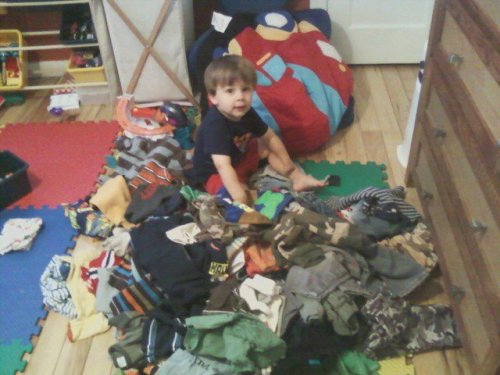 And on to our regularly scheduled programming…

Five Question Friday
1. If you knew your best friend’s spouse was cheating on her or him, would you tell her (him)?
I had to think about it from my perspective and whether I’d want my best friend to tell me. And I’d say yes, because I’d want to know. But first I would let the cheater know that I knew what was going on and give them the chance to come clean on their own before I told my friend.

2. Soda in a can or a bottle?
Typically in a can since that’s what we have at home but if I’m on a road trip then a bottle will do. I really don’t have a preference, except that it’s Diet Coke (or the occasional Strawberry Crush).

3. What do you wash first, hair or body?
Hair first and then when I put my conditioner in, I wash the rest and then rinse the conditioner. I have thick hair, it needs some extra love.

4. What advice would you give to any new mama?
It’s funny because I was just talking about that this weekend… here are the pieces of advice that I received that I most used myself:
1. Don’t just stay home with your baby in the evenings and on the weekends – take them places and get them used to sleeping outside of their crib and falling asleep in strange places. They will be more adaptable and less constrained to a bedtime routine. Plus, then you can hang out with friends and put your kids to bed at their houses.
2. You will not have more than 10 bad nights with your child (not certain if this last until they are 18 or just for babyhood) so when you are having a bad night, remember it’s just one night and there are only 9 more to go. You can handle one bad night and really, 10 nights in the grand scheme of things is NOTHING. The person who told me this has five children and she said she never surpassed 10 nights.
3. Children go in phases and bad temperaments or habits typically last about two weeks, so give something two weeks and it will likely go away. When you are in the middle of a stretch of frequent nightly wakings or bad baby moods, know it won’t last forever and will likely change in two weeks (give or take a few days).
4. All kids are different, yes, but you are not the only one going through whatever it is that you are going through. Seek support with friends or online. Reading blogs and baby-related sites helped me see that I wasn’t alone.
5. Sleep whenever you can, everything else can wait (you know, aside from baby-related needs).

5. What is your best hangover remedy?
Taking ibuprofen and drinking a bunch of water before going to bed. Repeat when you wake up. Eat a carb-alicious breakfast. I’ve never thrown up after drinking and certainly not because I’ve not drank enough so perhaps my method works, I don’t know… at least it works for me.

This entry was posted in Five Question Friday. Bookmark the permalink.