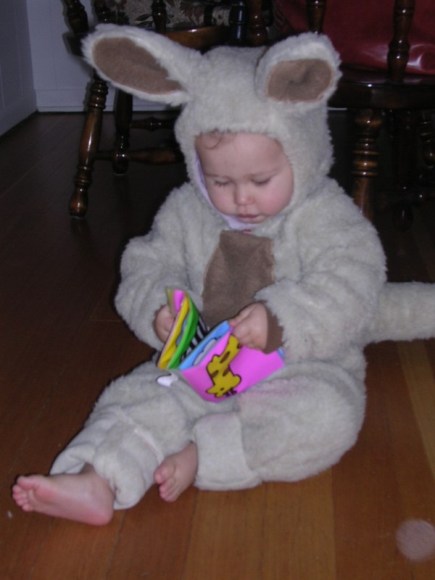 Liam dressed up as a kangaroo his second Halloween –
his awesome costume was made by his BFF’s grandma and
re-worn the following year and again by Jack this past year. Gotta love that.

I’m sure it all started with Halloween, but like many kids, Liam loves to dress up. It doesn’t take much to make up a costume, though when he can get his hands on the real thing, it’s like Christmas.

Typically, when he does dress up, he simply goes about his regular business. And this I find highly entertaining. 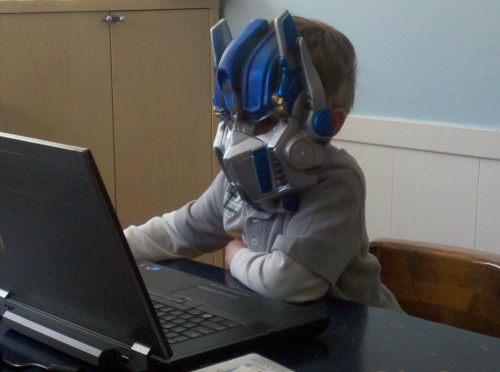 Playing around on my computer as Optimus Prime. 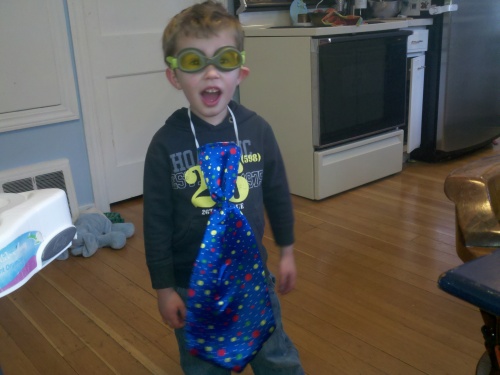 Not sure what’s going on here. Later he added gloves and played with his cars. 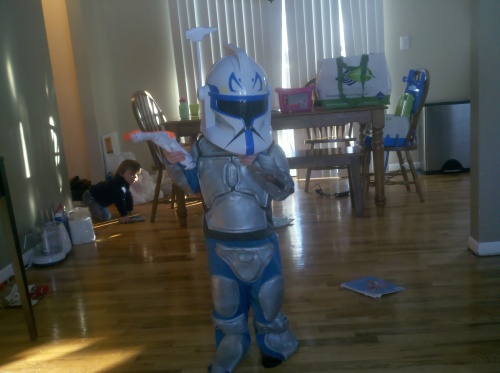 Captain Rex from Clone Wars – one time when he was actually pretending to be the character
he was dressed up as, it probably helps that Caleb was playing along with him. 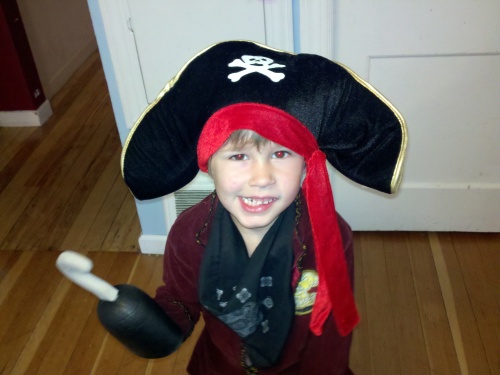 Ready to go for Pirate Day at school, I missed the picture of him
wearing this the day before just to watch TV. 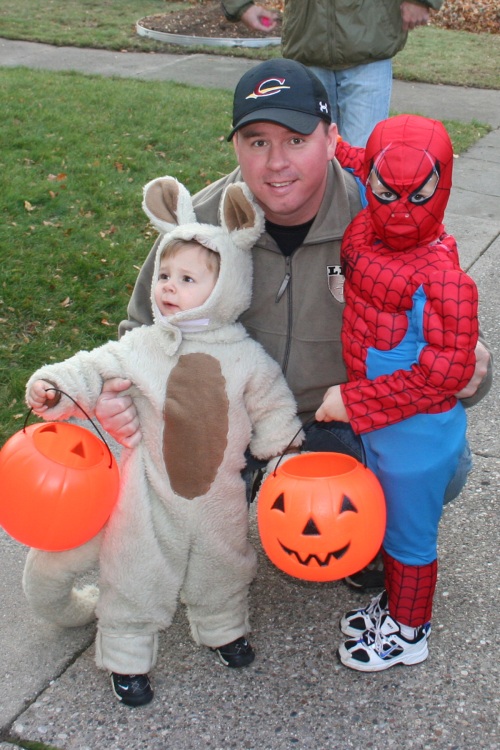 Halloween 2010 – Jack revisits the kangaroo costume and Liam is in his
glory as Spiderman (he was one of four in his preschool class).